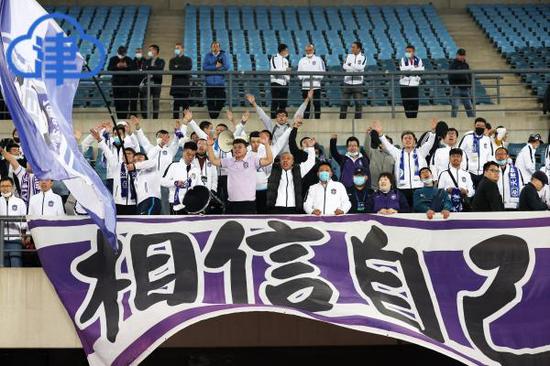 Since the TEDA team played very well under the lineup of the previous game, Wang Baoshan had no other changes in the starting lineup except for Guo Hao instead of Zheng Kaimu, who was suspended due to the four yellow matches; For the change, the foreign aid started with the forward Mari, who came on the bench last round, with obvious intention to attack. Song Zhuxun was on the bench and the goalkeeper continued to use Guowei. In addition, Pei Shuai and Zhang Yuan were sent on the defense line, and players such as Wang Yongpo, Li Yuanyi and Liu Yue who started last round became substitutes.

Shenzhen Kaisa launched a fierce attack in the first half, TEDA's focus was on defense, Suarez also retreated more obviously, but TEDA also looked for opportunities on the offensive side. In the 18th minute, Achim Peng scored the ball from the left to Rong Hao, who made a vigorous shot to change the line and then slipped out. In the 23rd minute, the opponent Mali's header broke the TEda goal, but the referee confirmed that he was offside first. ; 5 minutes later, it was Mali who took over Zhang Yuanchuan to grab a point from the left side of the penalty area. Although the linesman once again signaled offside, the referee confirmed that the goal was valid through VAR and TEDA was behind 0-1. After losing the ball, TEDA moved forward and tried to put pressure on the opponent. Both sides also created some offensives, but they did not form an absolute chance.

In the second half, Shenzhen Kaisa continued to put on a siege posture. In the 53rd minute, Gao Lin's shot hit the crossbar and popped out. TEDA escaped! However, in the 75th minute, the game ushered in the most critical moment. Achim Peng relied on his personal ability to create a set ball on the left side of the front field. Ahmedov issued a precise guidance back point to find the German iron guard Bastian. The latter grabbed a point and slowly scored the ball into the opponent's goal. TEDA evened the score 1-1! After this goal, the whole team and the fans in the stands fell into a carnival state! In the subsequent game, TEDA, who regained its 2-goal advantage, stabilized its defense, withstood several threatening shots from its opponents, and maintained a 1-1 score until the end of the game. TEDA defeated 3-1 with a total score. Opponent, successfully completed the relegation!

Wang Baoshan: This game was really difficult. Seeing the opponent changed their formation, our defense was a little caught off guard. It also reflected that we were in a two-goal lead and compared our first half, especially the first 30 minutes. Be conservative, and then we actively adjusted to limit the opponent's aggressive attack.

I won’t go into details about the process of the game. This kind of knockout relegation battle has experienced some unprecedented difficulties for Tianjin TEDA. Here I would like to say four gratitudes. First, thank the club for trusting me in the most difficult times; I want to thank my players for their recognition and acceptance of my tactical play; third, I want to thank the TEDA fans who came from a long distance, thank them for their support; finally, I want to thank Ahmedov in particular, before leaving for Dalian Aiha’s father is still in the hospital due to the new crown pneumonia. In this case, we cannot ask him to stay, but as a professional player, he chose to stay and help us when the team was most difficult. After completing the relegation task, I personally express my gratitude to Aiha on behalf of the whole team! Relegation is the mission and goal of this year's club that we want to complete. In the next game, we must continue to carry forward our technical and tactical style and fighting spirit to play the game well.

Suarez: This is a two-round match. We defeated the opponent 2-0 very well in the first round. This match is also played according to the deployment of the head coach before the game. We will complete the defense based on the premise of defense. The counterattack tactics also accomplished the pre-match goal very well. The goal of our team has been completed, and we still have games to play. We will do a good job in implementing the requirements of the head coach in future games and improve ourselves to complete the game better.

Congratulations TEDA team! After experiencing an unbearable first stage, perhaps most people did not expect that the TEDA team's relegation was completed so quickly! TEDA also managed to hold a tie in this game. The result of one win and one tie is convincing. TEDA is a strong team. Although the process is really thrilling, the heartbeat this time is a kind of enjoyment, although the result is just completion. Relegation, but enough to make everyone happy!

In this game, Shenzhen Kaisa learned the lessons of the previous game. It has a very strict defense against Suarez. In addition, the overall formation has moved forward and the aggressive attack is obvious. TEDA's performance in the game is indeed not as active as the previous round. The rate and pass success rate are too low under the pressure of the opponent, and the pressure on the back line is very high. However, the overall performance of the team cannot be said to be bad. The strength of the opponent striker Mali is also in front of us. There are still holes in the opponent's long-term attack. The situation after conceding a goal has also become very delicate. The psychology of the next game The level of competition is actually much higher than the purely technical and tactical confrontation.

The second half of the game made people's hearts beat faster. Gao Lin shot the TEda team's crossbar in the opening stage, making people startled in a cold sweat. Every pass made by the opponent made people feel nervous, but the TEDA team persisted and finally in the 75th minute. It paid off! Bass eventually became the protagonist of this game. With the striker blocked, he who was usually unknown finally seized the opportunity! Although the opponent still attacked after the goal, everyone knew that TEDA could be relegated. The pressure was released at this moment, and it felt so cool!

After relegation, we enjoy a short period of joy, but we also have to calmly think about the past. The second stage of TEDA really made people feel a "renewed look". Everyone saw that TEDA has increased its investment in introducing Ahmedov and Suarez, and the team as a whole has changed. Judging from the arrangement of this year’s league, the importance of the first stage is indeed weakened. In this context, the TEDA team did not have enough tension in the previous preparations until the team decided to increase its adjustment efforts. , Thus ensuring the possibility of completing the relegation task in the second stage two rounds. Imagine if the team's performance in the first stage was not so bad, the team was not so nervous before the relegation battle, and the remedies were insufficient in all aspects, what would happen to TEDA now? Thinking too much does make people feel "feared", so this is really a "blessing in disguise".

Of course, TEDA, who has no pressure to relegation, must also consider what attitude it should use to face the remaining four rounds of the league. Achievements are important, and there is nothing wrong with using appropriate strategies to "immediately" relegation under the special league system, but we should look at those fans who still support the team unconditionally in adversity. In the past many seasons, the team has often faced the threat of relegation issues. TEDA can still stay in the top league because it can always correct mistakes and correct attitudes at critical moments. This is also an important reason for many fans not to leave. However, as a team that can easily relegation after setting the longest start record, this "title" does not sound honorable, but it may lose the hearts of fans. "Change your way of life" cannot be just a slogan, nor can the established past. The change depends on what kind of season ranking TEDA can use to make up for it.

After the relegation "safe landing", from a pragmatic point of view, the current more realistic goal is the Football Association Cup. Due to the conflict between the AFC Champions League and the FA Cup, in addition to the eliminated Shanghai Shenhua, the strength of the remaining three AFC Super League teams fighting in the two-line AFC Cup was dispersed. If the team's condition remains normal, it is possible for TEDA to advance to the top four or even hit a higher goal. All in all, I hope that TEDA can "drive low and go high" in the season, and while getting results, it can also become more active and work hard. (Jinyun News reporter Cao Ruizhi photographed Liu Xin)